In addition to our Youth Program, Bulldogs SC has a successful adult program in our area that challenges for trophies every season.

ALL FIFA RULES APPLY EXCEPT FOR THE FOLLOWING:

1).  No offsides.  Substitutions are free on the fly (player coming off must be off in front of his bench before other player can come on.

2).  5 Field players and a goalie.  A team must field a minimum of 5 players in order to start the game.

3).  No punting, NO SLIDE TACKLING or SLIDING OF ANY KIND.  **See clarification of rule.

4).  All Kicks are Indirect, Except Penalty Kicks.  Goal Kicks and Goalie throws cannot go past midfield without first being touched by a player or the playing surface.

5).  The 5-second rule.  If goalie holds the ball longer than 5 seconds, possession of the ball goes to the other team.

6).  Balls played within 2 Feet of the Height of the Ceiling Lights. Will result in a Indirect Kick for opposition at the Point of Infraction.

7).  Any yellow card issued is a mandatory 3 minutes on the bench, the player may NOT be substituted.

8).  Red cards are immediate ejections, no substitutions can be made for that game.  Any player who receives a red card will automatically be suspended one game (next following game) unless notified differently of further suspensions.  The Program Commitee along with the referee will decide on outcome of team and players status.  Any player or team that is suspended/dismissed will not receive a refund.

9).  All Player Must Meet Playing Age Within the Calendar Year Except the G.K. If G.K. is Under Age they cannot enter the Attacking Side of of Midfield.

10).  Any player leaving the bench to fight will receive an automatic red card.

12).  Forfeits, a team will forfeit when it does not field enough players.  Five (5) minutes will be given.  Any team that forfeits will be charged a $40.00 fee to cover referee fee.  No credits are given for forfeits.

13).  All players must Register on Team Wavier page to participate.   .

16).  A coach/manager may challenge any players eligibility at any time before or during the game. Resume play with questioned player.  After the game concludes, the Program Committee along with the referee will determine the player’s eligibility and make a determination, not necessarily the same night and report the determination to the teams involved.  The game will not be stopped and will continue to play.

17).  Any team caught playing with illegal players will automatically forfeit the game.

18).  All teams must be paid in full before the start of the Season.  Program reserves the right to change any game time and date when necessary.

20).  Tie breakers for playoff games.  3 Penalty shots per team using team rotation, players used must be on field at games end, team scoring most goals wins.  In the event there is still a tie, then each team rotates 1 player penalty shots until first goal is scored.  Rotation must be completed.  Players may come off bench.

21.  Games will be 45 Minutes and must start on time.  All teams must be present at least 15 minutes before the start of the game.  Time will not be adjusted for games that start late, running clock.

23.  All players are required to acknowledge that they have read and understand the rules and will abide by them.  He/she has also made arrangements, through insurance or otherwise, for payment of medical bills which may be incurred if he/she sustains any injury while playing.  Accordingly, all players waive all claims against Referees and officers for reimbursement of medical bills and damages sustained on account of any injury which may occur.

***There is no slide tackling which also includes sliding to stop the ball from going out, getting the ball away from you; changing direction, etc…First offense-sliding into a player, indirect free kick, player off 3 minutes. Second offense, you’re out, red card, no substitutes.  (Cards do not carry over).  Indiscriminant sliding to get or move ball, indirect free kick, this is a referee call.  If it continues, player will be sent off for 3 minutes,.  Falling or tripping is not included but again, up to referee.  Exception, goalie, in Penalty Area.  Abuse of sliding by the goalie to purposely injure will be determined by the referee.

For more information on our adult program. Please email adultsoccer@bulldogssc.com 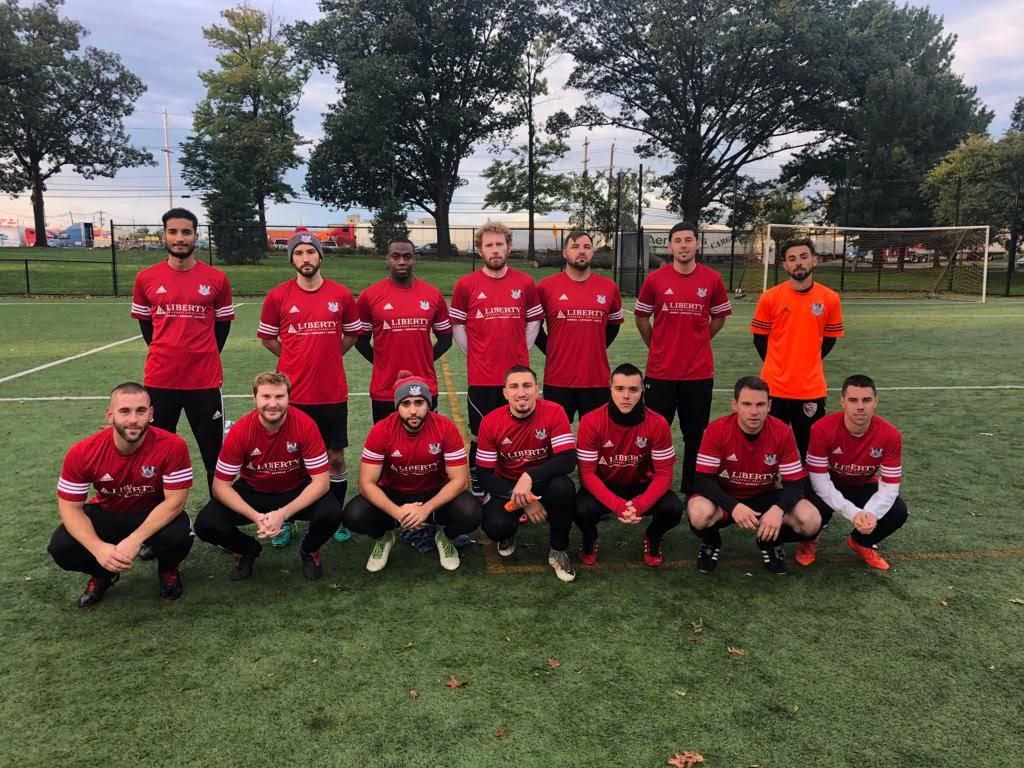 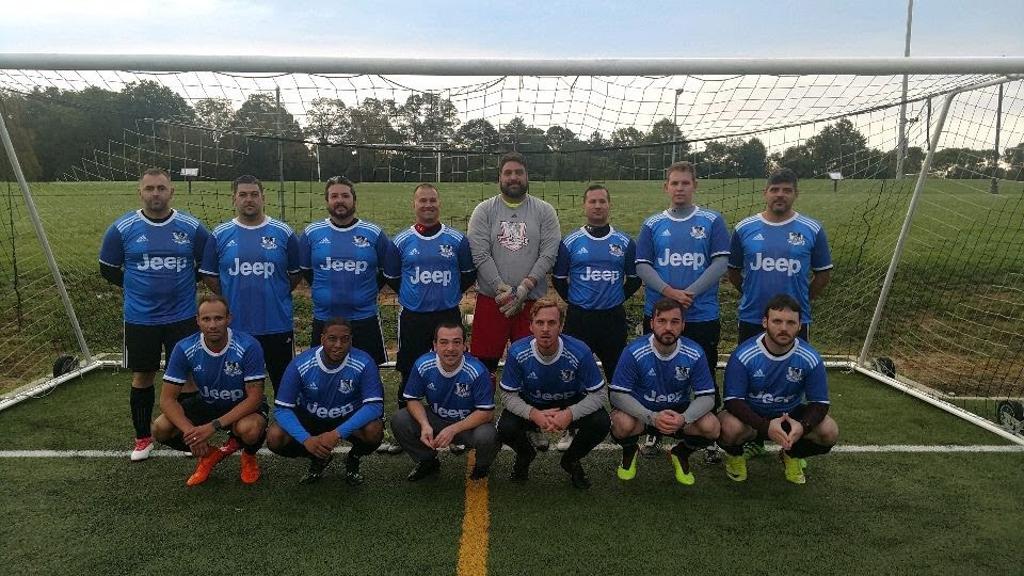 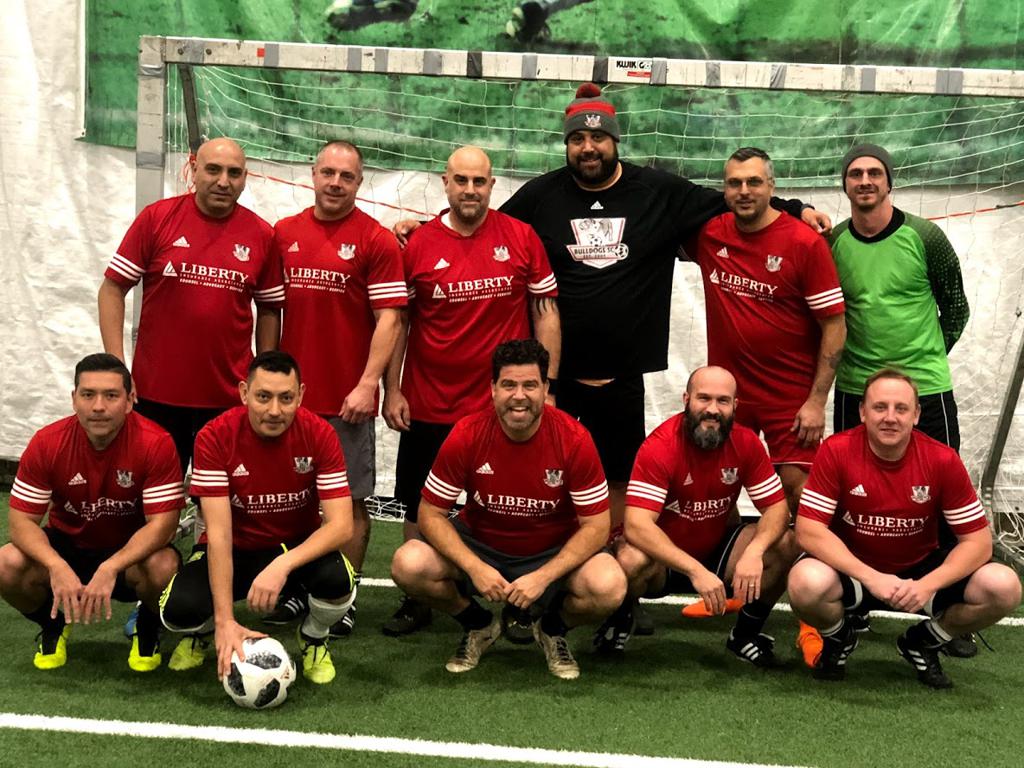